Week 5 finds us in the excitement of baseball.  Early in the evening, the Cards won their game against Atlanta to tie up the NLDS at 2 games apiece.  Unless you’ve been living under a rock, you already know that the Cards proceeding to have a record breaking 5th game, creaming Atlanta 13-1.  Unfortunately, the Cards did not fare as well in the first game of the NLCS.

Turning to bowling, it was apparently a quiet, unexciting evening.  Doug Lorenz won the 50/50.  But in bowling, there apparently was not much to report. On lanes 21 & 22, Ralph Decker reported 4 splits in his first game. The question was – was that four in a row?  Ralph undoubtedly was able to pick up those splits.  Ralph also admitted to giving out his phone number as 867-5309.   Over on lanes 22 and 23, the Team Lorenz bowlers were just like the kids in Lake Woebegone – they were all above average.  But that held only for the first game. 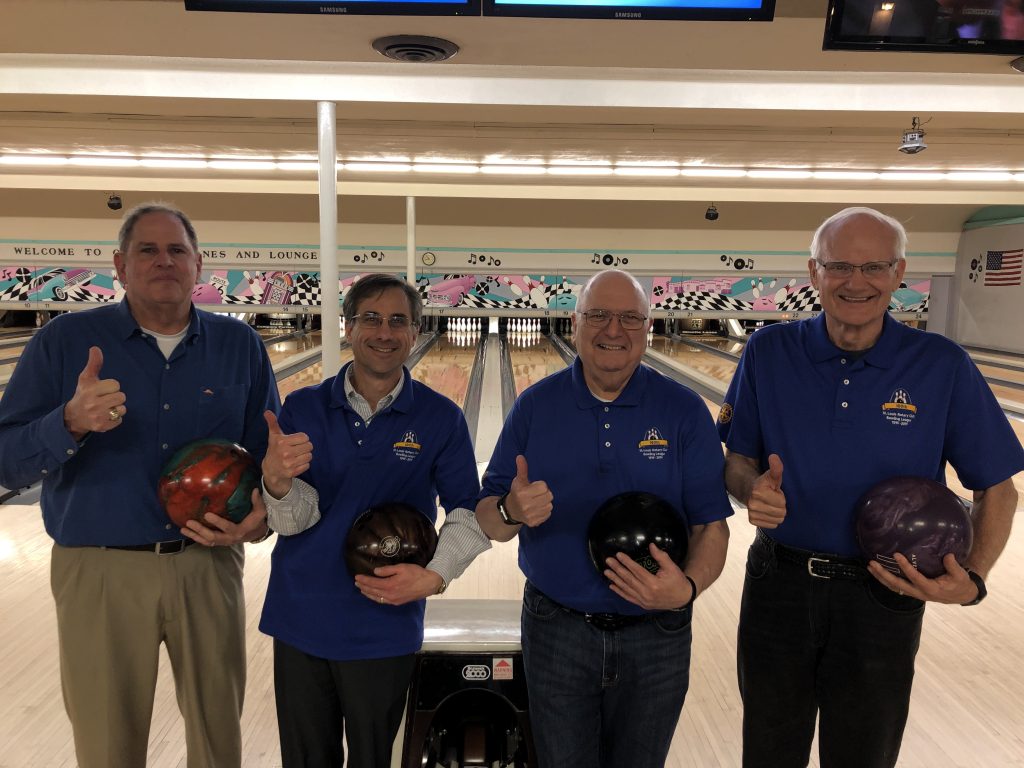 Here’s to lots of Spares and Strikes next week, and GO CARDS!