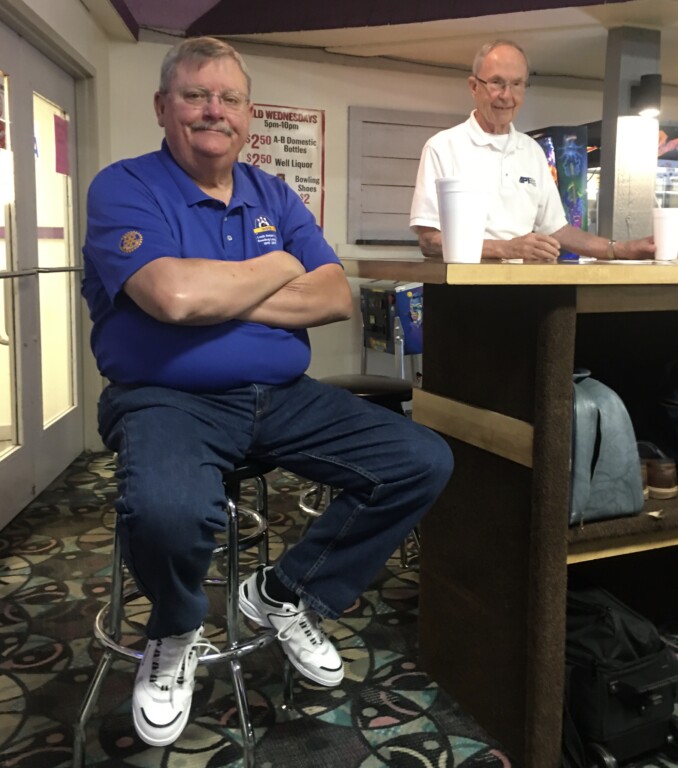 This season of the Rotary bowling league is shaping up to be a dogfight to the end.  Five of the six teams are only separated by 11 points.  Team Lane is struggling a bit but there is still time for them to get into the mix as well.

This week Team Maddox beat up on Team Lane taking 18 of 20 points.  Team Maddox had a “loaner” bowler (Rose Cooper) from Team Lorenz.  Rose helped out by bowling a 226 handicap game and a 596 handicap series.  Team Maddox is also currently in first place by one point.

Team Lorenz beat Team Klackner 18 – 2.  This was a total team effort with Kent Steinbrueck bowling a 672 handicap series, Doug Lorenz bowled a 665 handicap series (and lost his match to Matt Weiss, more on that later).  Bob (Newsie) Barnes bowled a 613 series.  All of us well over our averages.  Matt Weiss refused to lose his match to yours truly and bowled 212 and a 216 scratch games for a 688 handicap series.  It is hard to beat someone bowling that well even though both of us tried using mind games on each other, they did not work for either of us.  It was a spirited match and a lot of fun.

As you can tell, this season had been marked by some rather good bowling that we expect will continue to improve and make for an exciting finish.

Here are the current standings: