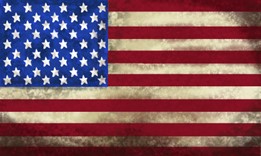 The first quarter has ended with Team Maddox winning the top spot, followed by Team Klackner.  It was a close race with only two wins separating the top 2.  However, Team Lane is seeking court intervention to challenge the results.  Their contention is every pin should count and, as can be seen from the following chart, Team Lane should be number 2 based on the actual scratch scores.  The four teams who topped Team Lane did so with pins that did NOT fall, and seemingly appeared out of the mist following each game.  These fictitious pins were calculated by a computer at an unknown location which was not monitored by neutral observers.  Any right thinking individual would agree with this assertion of fraud.  We will report the court decision once this issue has been litigated; it may take four or five years.

There were some notable performances in Week 8.  Leonard continues to lead game scores with a blistering 256 following last weeks’ 700 scratch series.  Arnold also continues to shame the rest of us with his 209 game.

It has come to the author’s attention that another questionable event has occurred that bears investigation.  Rose Cooper has won the 50/50 drawing FOUR times this quarter.  How is this statistically possible??  Obviously, the fix is in as the drawing takes place 50 feet from the nearest bowler.

We will attempt to track the money trail to identify all of those involved.  In the meantime we urge all of our supporters to follow the rule of law; leave their firearms at home; and refrain from discussing these issues in a public forum.  Probably should not discuss them at home either.